When I Became a Heart Mother I could say that my life would be forever changed the day the plus signed appeared on my home pregnancy test, or the day that the ultrasound tech told us that we were having another little boy, or most especially the day when we were told that our unborn child had a devistating heart defect known as Hypoplastic Left Heart Syndrome. Monumental...life changing days to be sure, but the day my own heart changed, was the day...that I became a heart mother.
Braeden came into the world on November 6th, 4 weeks early(and perhaps that was a good thing because he was already almost 9 pounds)I had just left my OB appt. when I started feeling my first contractions. "But I am not ready yet", I thought. Most parents anticipate their child's arrival with great anticipation, but because I knew what my son would have to endure...I just wanted to keep him safe inside of me. Within a few hours there was no doubting the fact that I was indeed in labor, and so we headed out to U of M.
I can still remember clearly the fear and anxiety I had on that day. Would I be able to hold him? Would he be breathing alright when he was born? Would he be a candidate for surgery? Would he have additional complications like the high risk OB had warned me about?
My labor went smoothly, and Braeden was whisked away within seconds...sadly I did not get to hold him after he was born, as he was having some breathing difficulties.
The first time I got to see him was a few hours later...he was beautiful with a head full of dark hair...he was intubated, and I can remember crying...wondering how I could prepare myself for all that was to come.
Five days later, we prepared to hand him over for his first open heart surgery. They allowed us to hold him for a little while beforehand, and there were many tears and prayers on that day.
The next few weeks seem to be a blur of little to no sleep,pumping,holding Braeden,trying to spend time with our older son Colin,barely eating,praying,hoping, rejoicing at every small victory and so on...
Braeden was ready to come home three weeks later, it wasDecember, a few weeks before Christmas, and we felt very blessed indeed. We had watched as a few of the families at the hospital lost their children, and though we worried...we were thankful.
Purell became our new staple at home, as we adapted to a new normal of life with a heart child. There were very few visits(cold and flu season)and very little sleep, as Braeden was very colicky. I can remember rocking him for hours as he cried...worrying that he was working his tiny heart too hard. A few months later we found out that he had reflux, and were able to start him on Zantac.
Spring came quickly, and with it...another heart surgery. At 5 months old we handed Braeden over once again, this time for his Hemi-fontan.
Although he had some issues with a collapsed lung, and an allergy to Captopril, things went realatively smoothly, and we were home in about 2 weeks.
I got to meet so many wonderful families during the next few years, rejoicing in their triumphs, and grieving with those who lost their precious children. I also started to write. All of the turmoil,hope,hardship,joy, uncertainty, and unexpected blessings...came to life though words. It has truly been like therapy for the soul.
When Braeden was two, we faced his last planned open heart surgery....the Fontan. I think this one was the hardest, and I let him leave my arms with tear-filled eyes. Although this surgery went smoothly, his recovery was very bumpy, and there was a brief period of time that they thought we might lose him. After a few bumps in the road, he came home ten days later.
As Braeden continued to thrive from a cardiac standpoint, he has had his share of issues with other things...sensory problems,eating,fine and gross motor skills, and Oh those darn ear infections! We have been though every aspect of genetic testing,neurology appointments,kidney specialists(Yes both of his kidneys are quite small, and one is located in his pelvis area)Ot,PT,speech,MRI's,swallow studies,upper GI's,echo's,caths, five sets of ear tube,adenoid removal...the list could go on and on. I sometimes joke with my husband that we still have a few specialists to check off of our list.
Yes we have lost friends through the last few years, we have even been appalled to hear people we care about say negative things about our choices, but we know that God has always had a plan for Braeden's life. A purpose that we cannot even begin to imagine. I have watched my older son grow into such a loving and compassionate young man, and friends,family,even strangers cannot help but notice how amazing he is with his little brother.
I do not believe I could possibly be the person I am today...had it not been for the trials that we have faced. Had it not been for the gift of my son Braeden. Life changed forever...the day I bacame a heart mother.
God will reward you for all of this", someone once said to me, I just smiled...looked her in the eyes and said,"He already has".


If I could write your story son,
(Oh how I wish I could)
I'd pen for you a journey,
That held nothing but good.
Wouldn't it be perfect?
If that job belonged to me?
I think I'd change a thing or two,
While writing your story.
I'd write of lasting happiness,
The storms would stay at bay,
I"d write your story carefully,
I'd have so much to say,
You'd know not of a hospital,
Or days in ICU,
You'd only know of simple things,
Like other children do.
The sun would rise...Yes everyday,
And shine to make you smile,
You'd never know a day of pain,
You'd never face a trial.
You'd dance to music all your own,
While watching Sesame Street,
I'd tuck you into bed each night,
And life would be complete.
I'd write of picnics in the park,
And winters in the snow,
I'd write of laugher,joy and love,
I'd sit and watch you grow.
I'd proofread till my eyes grew tired,
Each line and paragraph,
And let my pen fall to the floor,
Then stop to hear you laugh.
And never would I question,
What sick children must face,
Never would I have a need,
To ask God for his grace.
I'd likely live oblivious,
Of what it means to be...
A member of this "special club",
I call my heart family.
If I could write your journey son,
Perhaps I'd not convey,
The message that HE longs to share,
"We must live for today".
Your story has been written,
Each stroke penned with great care,
He knows each thought I have of you,
He's numbered every hair.
No, I can't write your story,
Although I wish I could,
I must heed what HE says to me,
"All things work for the good".
If I could write the life you'd live,
I'd fail...don't you see?
I'll leave it in much better hands,
He'll write it perfectly.

~Stephanie Husted
Posted by Stephanie at 8:52 AM 7 comments:

If you have a special needs child, and have escaped all of the negative(and sometimes well-meant remarks Congratulations...and perhaps this post doesn't even effect you. I try to be the "better" person, but at times being human I let my temper get the better of me. This has been just such a week...
I won't go into all of the details, but I will say this much, as the mother of a medically and mentally fragile child I fight constantly to acquire the resources that Braeden needs from day to day. It really hurts to have someone in your own family say "You knew before you had him that it would be hard on your family in all aspects...this includes financial. If you cannot afford to get him everything he needs you should have thought about that before. This was followed by the stinging words..."You had a choice". Ouch...did I? I took the best care of myself during my pregancy, no smoking,no drinking,vitamins,ate healthy all of the things that most mommies to be do to ensure a healthy pregancy. When this person meant choice...I can only assume that they meant I could have decided not to have my son. I am angry and hurt over these comments, but alas this is not the first time such things have been said. Praying for peace and above all "understanding".

I wonder if things would be different,
If you spent a day in my shoes,
Seeing life through different eyes,
Which road do you think you would you choose?
Would you understand the way I feel?
Would you judge me with little remorse?
Tell me that you'd make wiser choices?
Or show me a much better course?
Would you try to have compassion?
Would you ask honey what can I do?
I wonder if things would be different,
If you spent a day in my shoes.
Most days I know that I am lucky,
Blessed beyond all measure,
The Lord said where your heart is,
You'll surely find your treasure.
You will find that although I'm quite thankful,
I know that someday we could lose,
And if you cannot comprehend,
Rejoice that you don't wear my shoes.
Ofcourse I know we all have shoes,
And hardships we must bear,
At times you say I seem too busy,
But that doesn't mean that I don't care.
And though our paths go different ways,
In ways I cannot even name,
We can still share many things,
Even though our shoes are not the same.
I've learned what's most important,
Are things we can't hold with our hands,
Like faith and love, and courage,
Like dreams and hopes and plans.
I wonder...can you see it?
I pray God leaves you clues,
And if you should need a reminder,
Please come walk a day in my shoes.

Other sites I love:

Visits from my friends 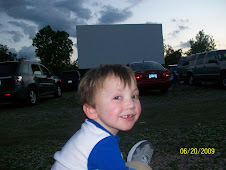 Braeden was born on November 6, 2004. Although we knew beforehand that he would be born with HLHS, nothing could prepare us for the journey we were about to embark upon. Braeden is 4 1/2 now, and has had all three surgeries to reconstruct his little heart. He continues to amaze us with his courage. He is our little miracle! Colin is my oldest, and what an amazing big brother he is! He enjoys school, and is very computer saavy.(Who do you think helped me design this blog?)